Bud: A bud or nug, refers to the petalless flowers of the cannabis plant. Buds are the primary source of the plant’s trichomes—which have compounds like cannabinoids and terpenes, where the plant’s psychoactive and medicinal benefits are derived. Only female cannabis plants can produce buds.

Cannabidiol (CBD): The second most commonly used cannabinoid found in the cannabis plant. CBD has become popular for its therapeutic effects in autism, epilepsy, and nerve problems. CBD is an antagonist to THC and is nonpsychoactive as it blocks the formation of THC and mitigates its psychoactive effects.

Cannabinoid: Chemicals that influence cell receptors in the brain and body and can change how those cells behave.

Cannabinoid Profile: The amount of all cannabinoids in the cannabis plant.

Cannabinol: Derived from the cannabis plant and contains a minimal amount of THC.

Cannabis: Cannabis is a genus of the flowering plant family Cannabaceae, including Cannabis Sativa, Cannabis Indica, and Cannabis Ruderalis. Indigenous to Central Asia and the Indian subcontinent, cannabis has been cultivated all over the world for centuries for its medicinal properties. There are thousands of varieties of cannabis made unique by natural compounds called cannabinoids. Cannabis is also known as MJ, marijuana, ganja, pot, bud, and Mary Jane.

Concentrate (or extract): Hash, dry sieve, hash oils, or any other material created by refining cannabis flowers. Concentrates are produced from cannabis trichomes, which contain cannabinoids, terpenes, and other compounds which give cannabis its recreational and medicinal effects. There are a variety of methods to create and process concentrates, and can generally be lumped into two categories: full-spectrum and isolates.

Cone: A type of joint shaped like a cone, larger on one end and tapers down to a smaller end that holds the crutch or filter. Pre-rolls sold at a dispensary are typically cones made by filling a pre-made formed cone with ground cannabis. Consumers can also purchase empty cones and fill them with ground cannabis of their choosing.

Crutch: A joint’s crutch (also called the filter, tip, or mouthpiece), keeps unwanted ash or particulates out of the mouth, provides structural rigidity to the joint, and reduces cannabis waste by allowing users to smoke a joint to its end without burning their fingers or mouth while having a cooling effect on the smoke as it passes through the crutch. Crutches are commonly made at home with paper. Ceramic, glass, and terpene-infused corn husk crutches have become increasingly popular and are sold at various retailers.

Dispensary: A store that can legally sell cannabis products, either medical, recreational, or both.

Extraction: The different processes by which cannabinoids within the cannabis plant can be extracted for use. These processes include alcohol and butane hash oil extraction.

Flavonoid: Flavonoids are chemical compounds present in cannabis and other plants. Best known for their role in pigmentation—they provide plants with various colors to attract pollinators and potentially protect plants from UV rays, pests, and disease. Flavonoids found in cannabis are called cannflavins and they contribute to the overall color of the plant.

Flower: Known as the hairy or sticky parts of the cannabis plant, which are harvested for consumption in various products. Flower is not only the active ingredient for the smoking vapor—its interlocking flower pieces support the structure of a joint and fuel its ember at the tip. Cannabis flower is typically sold in bud form—the variety, quality, freshness, and grind size will ultimately affect how the joint burns as well. Only female cannabis plants produce flowers. Today, growers will commonly isolate female cannabis plants from the males to reduce the chances of pollination. Without pollination, the flower does not produce seeds—aka sinsemilla.

Ganja: A Hindi term for cannabis that refers to the plant’s flower or buds more specifically. The term is most commonly associated with Rastafari culture and is used in Jamaica but originates from India.

Grams Per Square Meter, GSM: GSM refers to how much paper material is smoked, which impacts the pre-roll burn rate.

Hemp: The plant of the genus Cannabis or any part of the plant, whether or not growing, with a delta-9-tetrahydrocannabinol concentration that does not exceed 0.3%.

Homogeneity: How evenly distributed a cannabis extract is through a product.

Hybrid: A cross between two genetically different strains of cannabis. Hybrids can happen randomly or purposefully, to mix two or more preferred traits of a plant to make another combination.

Indica: Indicas are known for their calming and grounding qualities. Indica strains will probably make you sleepy or not want to do much and are often prescribed to help with insomnia or stress. Indicas are typically associated with full-body effects, such as increasing deep relaxation and reducing insomnia.

Infused Pre-roll: A pre-rolled joint or cone with some type of cannabis concentrate, like a wax or hash oil, added to it.

Kief: The sticky crystal resin that coats cannabis flower. Kief is formed by the cannabis flower’s trichomes, the glands that secrete oils rich in compounds like THC, CBD, terpenes, and more. Once the plant is harvested and then dried, the kief turns darker and powder-like. This is the dusting collected in some grinders as it commonly detaches from the flower when ground.

Marijuana: A slang term for the dried flowers, leaves, stems, and seeds of the cannabis plant.

Medical Use of Cannabis: The acquisition, cultivation, possession, processing, transfer, transportation, sale, distribution, dispensing, or administration of cannabis for the benefit of qualifying patients in the treatment of debilitating medical conditions or the symptoms thereof.

Nug: A smoke-able, self-contained piece of cannabis flower. Nugs vary in size and color depending on their genetics. Nug is an abbreviation of nugget, possibly named for the discovery of gold nuggets during California’s Gold Rush.

Pinner: A small, thin joint, often chastised for its size and the small amount of cannabis it contains. Pinners are so named because they look like sewing pins. Smokers usually roll them when they only want a small amount of weed, their stash is low or they haven’t mastered how to roll a full joint yet.

Pre-Roll: A pre-roll contains pre-ground cannabis flower, rolled and ready-to-go. Pre-rolls are simply cannabis joints that have been rolled ahead of time for you. Standard pre-rolls contain three components: cannabis, wrapping (or rolling) paper, and a small filter (crutch) at the end that goes into your mouth.

Processing Cannabis: To harvest, dry, cure, trim, and separate parts of the cannabis plant by manual or mechanical means.

Recreational Cannabis: The intentional use of cannabis. Recreational cannabis can be purchased at a dispensary where legal by those 21 years or older with a valid government-issued ID.

Residual Solvent: A volatile organic compound used in the manufacturing of a cannabis product that is not completely removed by practical manufacturing techniques.

Rolling Paper. The rolling or wrapping paper holds the cannabis flower together and gives the joint its shape. The paper acts as a form to direct the smoke and air from the burn tip to the mouth. Papers are made from materials like hemp, flax, rice straw, or wood pulp and are typically somewhere between 2.75 (69mm)–4.33 (110mm) inches long. The size, length, thickness, and type of glue (used on the paper) all affect how the joint burns.

Sativa: Sativa strains are known to boost creativity and motivation and help significantly with anxiety and depression. You aren’t likely to get as tired with these strains, so they can be a great product for daytime use. Sativas are known for their “head high,” an invigorating, energizing effect that can help reduce anxiety or stress and increase creativity and focus.

Strain: Variety of cannabis plants that have a particular characteristic(s) that might be used to express a specific desired effect.

Terpene: Fragrant oils secreted from the resin glands of flowers that provide aromatic diversity. They are not just found in the cannabis plant, but other plants as well. Terpenes bind to different receptors in the brain to give different effects.

Tetrahydrocannabinolic acid (THCA): Most abundant cannabinoid found in the plant is decarboxylated and formed into THC by smoking, vaporizing, or heating.

Trim: When the plant has been harvested, a grower will trim the plant of its leaves, placing focus on the remaining buds. 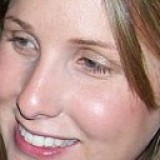 Do You Need An Automated Pre-Roll System?

Automated and semi-automated machines have made a tremendous impact in cannabis pre-roll production over the past few years.

If you want to process and assemble cannabis pre-rolls, you need a grinder.

Blackbird’s TruRoll technology enables distributors to control and customize their cannabis pre-rolls, offering a better method to use flower.

Proudly Made In USA, Based In Vancouver, WA

Sign up to get the latest on new innovations and more…